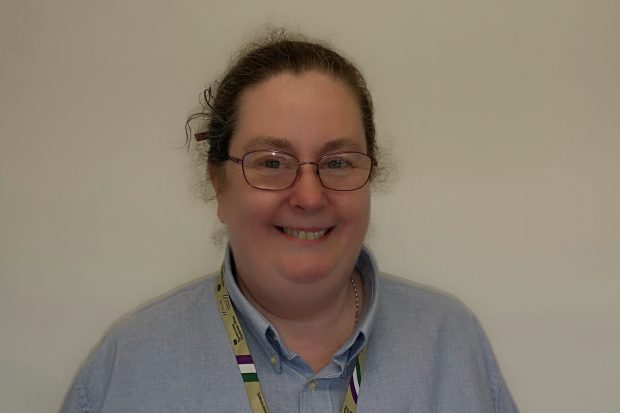 Organisation: When this was researched, the Home Office, now Department for Digitial, Culture, Media and Sport

How did I get that opportunity?

I found myself in the position of being in redeployment and had no idea which direction to take. So I took the opportunity to request some coaching. I was encouraged to offer to try something different through work shadowing.

I chose to ask if I could do a presentation for Home Office Women on the history of women in the Home Office. Luckily for me the then chair of Home Office Women said "no, I would like a report".  That report grew into the research paper that so many people have now read.

So what inspired me to make that suggestion?

I had been to Civil Service Live the previous summer and there was an exhibition on the history of the civil service, but there was very little information on women.

I knew that few women would have been employed in the civil service in the early days and that women had been involved in all sorts of industries during the wars. So I was interested in researching what role women had taken in the Home Office since it’s beginning.

Me in a paragraph or two!

My own journey into the civil service was a very long one. I left school when I was 16, having earlier been described as un-teachable.  I did find school extremely difficult as I am both dyslexic and autistic, although I did not find out I was on the autistic spectrum until I was 54. (I have been told that it explained a lot!)

I had very little interest in history, due to my schooling and I drifted into a few jobs that really didn't go well. I ended up going into a skilled manual trade, glass decorating, which I enjoyed. There were very few women working in glass decorating at that time and I could probably have counted them on one hand. It was a very male dominated area, as were most skilled crafts jobs.

My life changed over a period of about 5 years, when I found out about computers and that they could check spellings. So I set about finding out more, with the support of my partner. Eventually I went to university and found researching was something I really enjoyed. Researching played into my ‘special interests’, though I did not know that at the time.

After university I landed a job in the civil service at only 42, going from skilled manual to clerical work.  Something I had never imagined I would be able to do.

What was the effect of the research paper?

I have been astounded by the number of people who have read the paper and how it has inspired people, particularly women, to really look at the lives of women past.

The research has given me the opportunity to delve into archives, to meet and work with a wide variety of women and men and to present some of the things I learned on paper.

I have also been challenged in my experiences, including having to give an oral briefing without any notice, to a woman who went on to become the permanent secretary of the Home Office. Again something I would never have thought I was capable of or could be asked to do.

I met GOD! Gus O'Donnell to the rest of us, who was at that time the head of the Civil Service.

This research has really given me the opportunity to show what I really am capable of, especially to myself.

When I began the research I had absolutely no idea of how far it would go or how many people it would influence.  Thank you to everyone who has given me so much positive feedback and encouragement. And also thank you to those who have gone on to recognise and celebrate women's achievements in so many different ways.

For me there is still a little way to go before I retire. I still have the ambition to do a presentation based on this research. I would hope that there would be an equal number of men and women attending. And I would like this presentation to consider how the attitudes of one generation can influence the next.

And a little bit of context

Just two terms before I left school, the Sex Equalities Act 1975 came into force. Prior to that Act it was legal to have subjects classified as girls OR boys subjects. This is definitely not allowed today thankfully, haven’t times changed!  I would like to encourage you to think about the things that have changed since you left school and the differences that has made to society today.

Look to those people who are approaching retirement, recognising that for them, societal changes including the Sex Discrimination Act 1975 have meant that women are able to work in professional jobs after marriage. That men are no longer expected to be the sole breadwinners and can share that responsibility with their partners.  How many people today can afford to rent or buy their home on one income?

And that today, both men and women can request shared parental leave; fathers can take time to look after and enjoy their children growing up; they can prepare family meals without ridicule (practically unheard of when I was growing up).

What have I learned from this?

That networking really is the key.

The really big message that I have learnt from this research paper and the events afterwards is that networking is the way to change the world.

That may sound like an enormous claim, however I discovered that in the late 19th century, women getting together, networking and discussing the issues of the day were how organisations like Dr Barnardos, The Red Cross and The National Trust, amongst others, started. Those women changed our world and we have benefited. What are we going to do to change the world for our daughters, our daughters daughters and our sons too?

And finally to ask you the question, what will we all learn from the younger generations’ now entering and shaping the civil service?

If you havent already, please do read Bea's research paper on The History of Women in the Civil Service.