Over the last century, women in business, energy and industry have come a long way. In 1918, women and men could be paid unequally for the same work. Since then, women in industry have been a force for change - the 1968 strike at the Ford Factory in Dagenham led to the Equal Pay Act, which enshrined the principle of equal pay for equal work.

However, women are still underrepresented in the boardrooms of businesses. The Women and Work Commission estimates that unleashing women’s full potential in the labour market could be worth £23 billion a year to the UK economy.

We spoke with Kate Collyer, Chief Economist for Energy and Market Frameworks at the Department for Business, Energy and Industrial Strategy (BEIS), and Yvonne Armitage, Bioeconomy Specialist at Knowledge Transfer Network (KTN), two women who are paving the way in their respective fields, to understand their experiences. 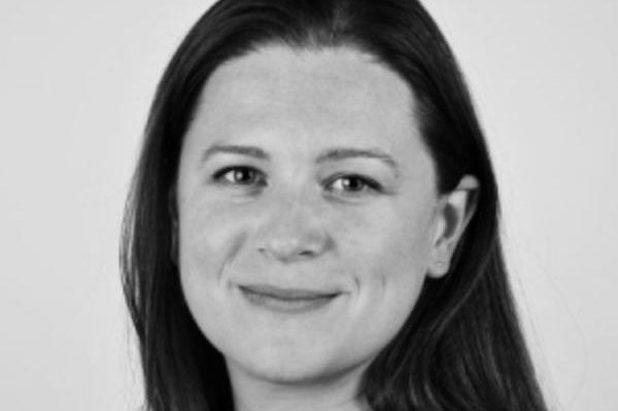 Could you give us an overview of your career history and what you do currently in BEIS?

After University, I specifically wanted to work as an economist.  I found a role working in a small consultancy that did competition economics – and was more women than men. It was a fantastic role, working on high-profile merger and anti-trust cases.

Whilst I really enjoyed my role there, I found a few cases quite difficult to work on, such as when we had to defend a pharmaceutical company in South Africa that had been accused of excessive pricing of anti-retroviral drugs.

A friend at the time was working for the Competition Commission (CC) and was getting a lot of autonomy and making decisions for the right reasons, so I decided to apply and joined as an assistant economist in 2003. Soon I was running my own cases - gathering the evidence, making the decisions, providing advice.

Although I have never worked harder in my life, despite moving from the private to the public sector, I got the sense that I was doing the right thing for the right reason. I have never looked back.

I stayed at the CC for most of my career. During this time, I went on secondment for 4 years, and built a team to think about the role of choice and competition in the NHS.

When the secondment ended, I went back to the CC just before it became the Competition and Markets Authority  and ended up as Deputy Chief Economist, before I left in March this year. I ended up working on some pharmaceuticals cases from the other side, which was really satisfying.

I joined BEIS as the Chief Economist for Energy and Market Frameworks in March this year. The breadth of analysis in BEIS has blown my mind – it covers everything from minimum wage to emissions trading, nuclear development and long-term energy security. It has totally opened my eyes to the impact that analysts can have in government.

What has your experience of being a female economist been like throughout your career?

In my first job, there were loads of women, so I had a lot of role models. The working environment at the CC was more old-school:  I remember getting feedback like ‘you are doing a great job, you just need a few more grey hairs’. I have had moments where I have become conscious of being the only woman in a room full of men, such as when I was a decision-maker on Phase I mergers.

I have always been lucky to have some great role models. There are some fantastic women at BEIS and a very well-balanced culture. I find the visibility of women here is important for my personal development.

About 5 years ago, a friend and I were both considering going for a promotion but were doubting whether we were ready. We asked ourselves whether a man would ask the same question, realised we were holding ourselves back and persuaded each other to go for it. After that, we set up a group of competition economists and lawyers who went for dinners every month – we gave each other support and encouraged one other to take opportunities.

What has been a highlight of your career?

A recent example at BEIS was the analyst conference – a great team organised an event showcasing the amazing work going on in BEIS. I left the conference on a massive high, feeling proud to be a part of a cutting-edge organisation which is, and having a huge impact on people’s lives.

Looking further back, I enjoyed working on a market investigation around ‘Tesco towns’ and supermarkets dominating the high street. It was a very high-profile case; we had frequent interest from MPs and had people dressed as bananas outside the office every day. Although we were up against a lot of resource on the Tesco side and lost on some of the grounds of the appeal in court, I felt that I was part of a team that was doing good work for the right reasons.

Do you have any advice for other women in your sector?

Seize opportunities to push yourself out of your comfort zone. This is so important for building your skills and confidence. Build a support network and don’t be afraid to ask for help or say when you’re struggling (I wish I had done this more). I have had amazing mentors and informal support networks around me.

Where do you think we will be in 100 years’ time in terms of women and gender equality?

As an analyst, I think about what the past can tell me about the future. We have come so far recently because of the huge personal sacrifices that people have made - if we can have the same progress in the next 100 years, we probably would not be having this conversation! 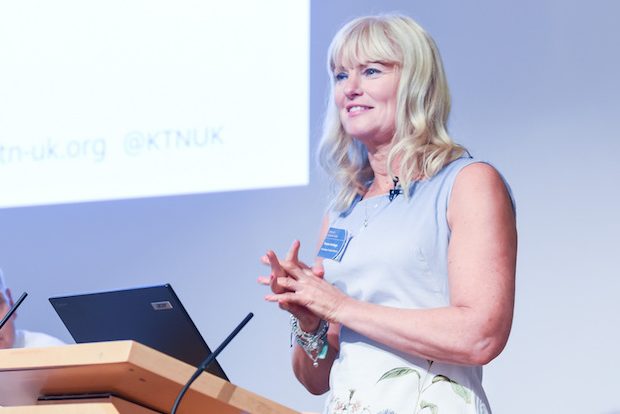 Could you give us an overview of your career history and what you do now?

My background is in industrial biotechnology: I spent 20 years as a group research manager for several big chemical companies, looking at how we could develop cleaner, greener bioprocesses that were less energy intensive.

Now, I work as a Bioeconomy Specialist at KTN overseeing all the technologies that underpin bioscience - including supporting BEIS as well as industry groups like the Industrial Biotechnology Leadership Forum and the Synthetic Biology Leadership Council.

What was your experience of being a woman in industrial biotech throughout your career?

My experience of the chemical industry was that it was very male dominated – most of the senior managers were men.

As a younger member of senior management, I sometimes felt like I had to compete with the guys and be as good, if not better, at delivering. I didn’t talk about my personal life.  This changed when I undertook some training: I learned that the more you give of yourself, the more people you work with give of themselves. That was a fundamental lesson for me.

I am lucky to sit on several boards and be an ambassador for science – I give talks to university students about working in industry. I am trying to counter the assumptions that science is a very hard subject and that only boys do science - not all scientists are older grey-haired men! I hope that my passion for science will encourage others to love it.

Things have changed for women in STEM. We’ve now got funding to help female entrepreneurs and networks to support women – I’m part of the Bio Ladies network. It’s helpful for women to be able to access support and mentorship, as well as participating in panels and conferences.

KTN are always looking for inspiring women in companies of all sizes to speak at our events. I would like to get more younger female scientists at these events to inspire the next generation.

What has been a highlight of your career?

One highlight was the first time I had my name on a patent and I felt like an inventor. I sent it to my mum – she had no idea what it was, but thought it was good!

I have also won a prize from the Society of the Chemical Industries for my contributions to sustainable chemistry, which helped me realise that I have been responsible for change:  I have led a team that has been responsible for full-scale commercialisation from discovery phase in several countries, including the UK.

A highlight at KTN has been encouraging people in the chemistry-using industries – things like food and drink, pharma, and chemicals – to consider using industrial biotechnology. This has helped grow and build a vibrant biotech community in the UK that we can promote overseas.

Do you have any advice for other women in your sector?

Believe in yourself. You are as good as anyone and there are a lot of opportunities out there. Find a mentor and get their advice - people are willing to give up their time to support you. Just go for it.

Where do you think we will be in 100 years’ time in terms of women and gender equality?

I think there will be equality. People will look back and think, ‘wow, did you really have this issue?’. It won’t be a discussion point.