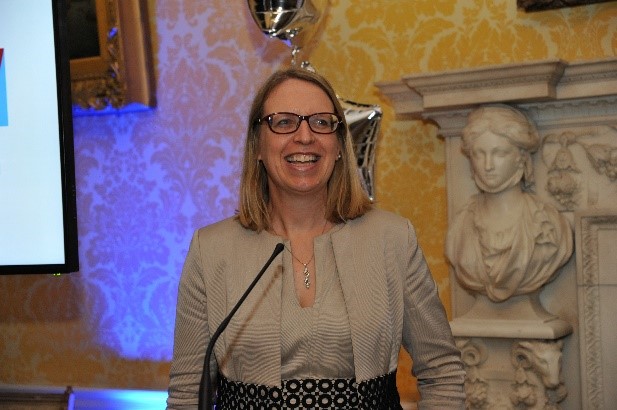 A bit over two years ago I took up the post of First Parliamentary Counsel. I am the first woman to hold the post since it was established in 1869.

The celebrations this year of women in various roles in public life have led me to reflect not only on my experiences in the Office but also of the first women to join the office and how incredibly resilient they must have been.

The Government in Parliament Group that I head up consists of the Office of the Parliamentary Counsel (the 50 lawyers who draft and advise on Government Bills that are presented to Parliament) and the private offices of the Chief Whip and Leader of each House of Parliament (the Ministers who manage the Government’s parliamentary business).

The Group’s work is at the heart of government, and we routinely deal with the issues in the headlines.  It is always interesting, often pressured and exciting, and never fully mastered. 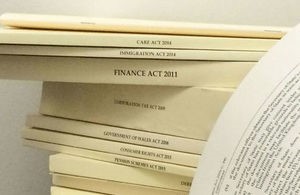 I have spent most of my career drafting legislation. As a student I went to Edinburgh University to study law, where my year was the first to have equal numbers of women and men.  With the naivety of youth, I thought equality was a done deal!

Later when I was interviewed for the Civil Service I was surprised to be asked whether the long hours would interfere with my husband’s dinner. It was 1991.  Despite that rather inauspicious start, I found myself part of a diverse cohort joining the Office of the Parliamentary Counsel.

The year that the office of First Parliamentary Counsel was established – 1869 – is, coincidentally, also the year that the Civil Service first employed women in roles other than housekeeping. It was another 60 years before the first woman lawyer joined the office.

The first two women to join the office were both brilliant scholars.  Did they have to be cleverer than the men, I wonder?

Ellice Eadie was the first woman to receive a First Class law degree from Oxford University. Harold Kent (former parliamentary counsel and Treasury Solicitor) notes in his book “In on the Act: Memoirs of a Lawmaker” that Ellice was “a fellow professional at least as good as [he] was”!

Ellice served in the Women's Auxilary Air Force, refusing to accept the reserved status that was open to her as parliamentary counsel.   After the war, she returned to a successful career in the office.  Amongst her achievements were a raft of significant family law reforms including the Matrimonial Homes Act 1967 and the Family Law Reform Act 1969.

Betty Johnston was the second woman to join the office, a year after Ellice, but her blossoming career was cut short when she resigned on getting married (the norm until 1946 in the Home Civil Service and 1973 in the Foreign Service).

The sorts of things women at that time had to cope with is brought home by an anecdote in Kent’s book. He recalls that when dealing with an Agriculture Bill, a senior official insisted Betty Johnston leave the room before he would discuss the policy on artificial insemination of cattle.  When she turned scarlet and departed, the official was surprised to be told that this was not, as he had assumed, due to her embarrassment, but rather because she was enraged by his “fatuous, masculine behaviour”.

Kent notes that he himself “became convinced that the presence of women lawyers who knew their job made life a little more interesting and civilised, and so improved morale.”  I’m not sure what he would make of my appointment as he says “The most difficult relationship is when the woman is in command”!

Not only were the first women in the Office fighting to be taken seriously in a man’s world, they were paid substantially less than men of the same grade for the same work.  The Civil Service were among the first to adopt equal pay, but even then it didn’t arrive until the 1960s.

The cultural barriers these women had to overcome are clear from a letter written by one of my predecessors in 1948 when he was offered women to deal with his recruitment crisis.  He says “I take the view, which is, I believe, shared by everyone who has long experience of this Office, that a woman could not stand up to the racket of the job of the grade of Parliamentary Counsel.”

He has been proved wrong on that count many times over.  For that I am profoundly grateful to Ellice Eadie who broke this particular glass ceiling, and to those who over the years have made changes which have enabled men and women to carve out successful careers as parliamentary counsel.