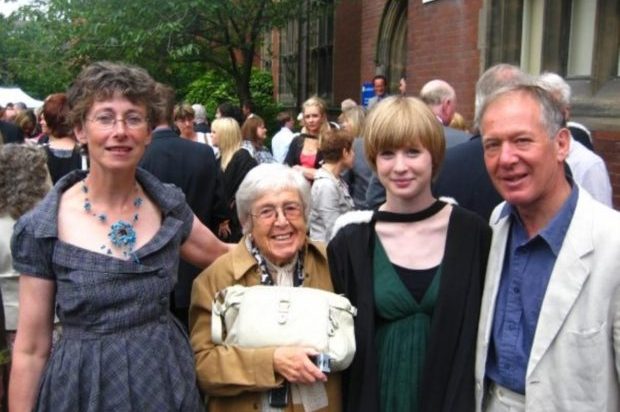 My grandmother was a…

My grandmother was a second generation Jewish immigrant. She was intelligent but didn’t have a lot of education; like lots of girls of her generation who were destined to be wives and mothers her further education was a pitman secretary and shorthand course, after which she got a job as a secretary in her late teens.

Not long into her job she got an infection and went deaf which stopped her from working. Other than the important job of raising her children and keeping house she never worked again, but always wished she had the opportunity to do something more with her mind. In later life she studied for a degree at the Open University – something she was immensely proud of.

I’m unusual (or strange) in that I’ve always wanted to be a civil servant!

As a little girl I wanted to be Prime Minister but did not like public speaking so my mum suggested I get a job telling the Prime Minister what to say. I have never quite got to that bit but I love doing a job that helps people to live better lives.

I am also incredibly proud to be a co-chair of the Department for Education Women’s Network. It is important to me to keep talking about the things we can do to help everyone succeed at work but I also love the many intelligent, inspiring and fun people I meet who believe in that goal too.

I work on Exclusions and Behaviour policy. A lot of my job is about listening to schools about the challenges they face, but also to parents whose children have had to leave their school, and help them understand what support there is to give their child every opportunity to succeed. It is a job where I am constantly reminded of the impact of the rules we set nationally on real teachers, parents and children.

There are a lot of opportunities for women on paper but we need to change the messages girls hear about what they can do from a very early age so that they feel they can take them. The biggest thing in the way of women I speak to is confidence and self-belief. It is a big ask but I would want to change the way the media talk about and to women, and make people in positions of power look a little bit more like the population they serve.